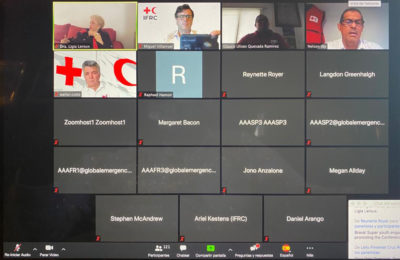 On May 29, 2020, Dr. Mario Villarroel President of the Venezuelan Red Cross, held a virtual meeting with the other presidents of the Red Crosses of the Latin American Committee of the Red Cross (CLACR).

In this meeting it was possible to analyze the situation regarding the Global Coca-Cola Company campaign in support of the national societies of the continent.