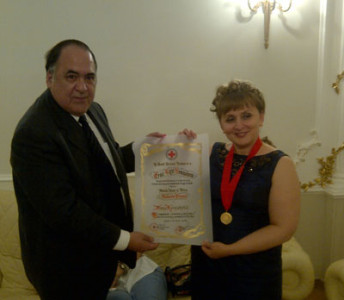 Dr. Mario Villarroel visited the city of Tbilisi (Georgia), where he held interesting discussions with the former President of the Georgian Red Cross, Mrs. Nana Keinishvili, who was awarded the highest distinction granted by the Venezuelan Red Cross, the Augusto Pinaud medal.

Later on, Dr. Villarroel held a meeting with the new president of the National Association, Ms. Natia Loladze, with whom he exchanged points of view on the current situation of the associations in the region.